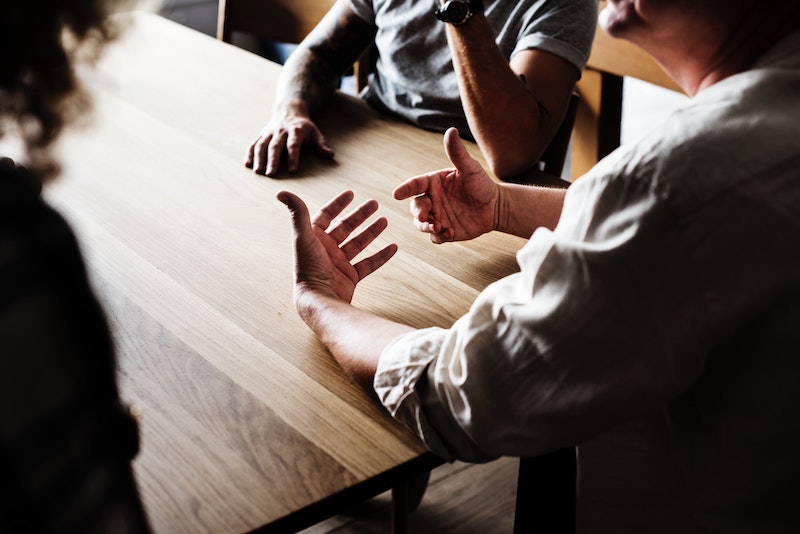 Behavioral Science in the Workplace

Drawing on Three Main Implications of Behavioral Science in the Workplace.

Behavioral science draws on elements of behavioral economics as well as cognitive and social psychology. A recent podcast on the BBC Radio 4 hosted by Evan Davis called ‘The Bottom Line: Behavioural Science in the workplace’ provided excellent insight into mechanisms of behavioural sciences in the work environment. Alongside Davis were Octavius Black (CEO and Co-founder of MindGym), David Halpern (CEO, The Behavioural Insights Team) and Kim Atherton (CEO and founder of Just3Things and CPO at Ovo Energy). They discussed the importance of understanding how humans behave when running a company. They considered the implications of behavioural science in three workplace domains: decision making, incentivizing the workforce and feedback. The blog below is an adjusted commentary of these implications.

The podcast begins by telling us how behavioral science can elucidate some of the key areas in decision making. Humans possess certain biases which affect decision making but can often escape awareness. We often think that we are making optimal decisions based on fair and unbiased sources. However, people tend to ask advice from people who reflect themselves in some way: values, education, age etc. Therefore, people tend to listen and form judgements from others who conform to similar views. But those who listen to a wider range of views with very diverse perspectives usually make better strategic decisions. For example, CEOs ‘peak’ after 5.7 years. The reason for that, is that when they first land the job as a CEO, they take acquire information equally from external and internal sources, but then at a certain stage, they begin to listen to a selected group more and more often, which in turn makes their decision making less effective.

Cognitive biases exist in the recruitment phase too! Two key biases here are similarity error and confirmation error. Similarity error is the tendency for an evaluator to subconsciously prefer an individual who they perceive to be more like themselves either professionally and/or personally. Confirmation error is the tendency for an individual to seek information which confirms their pre-existing beliefs. In terms of an interview, an evaluator may make their mind up in the first few minutes of an interview, and then look for selective information later which corroborates their original stance. There are other two related biases which occur in the interview process which were not mentioned in the podcast. The primacy and recency effects;

Remarkably, these two biases occur at a more holistic level. The candidates who are interviewed last, are more present in the evaluator’s memory as a result of recency effects. Whereas if you are interviewed first, you may act as an anchor from which the evaluator can judge other participants from, allowing you to be remembered better and favourably. But fear not, these biases can all be overcome. Research has shown that just being aware of these biases isn’t enough. Training is required to overcome the biases. This training could include ‘Diversity and Inclusion’ and ‘Unconscious Bias Training’. But even here there is a caveat. You must be wary of moral licensing – doing something that helps to strengthen our positive self-image or concept, also makes us less worried about the consequences of immoral behavior and decision making.

Mechanisms behind workforce performance can span across almost all areas of the work environment, from creating the right culture to engendering an environment of psychological safety, all the way through to how you incentivize and reward employees. Reward as a performance booster is an interesting topic. Do we prefer material reward? Or are smaller more personal recognition tactics more effective? The answer probably lies somewhere in the middle. Research demonstrates monetary reward often gives a short term boost which decays away very fast, whereas recognition leads to a smaller initial effect, but the effect tends to be longer lasting. There is an emerging intermediary category coined social incentives, in which people are given a small financial bonus paired with an interesting twist on traditional recognition. Employees are given the financial reward but are told that they must spend at least half on their colleagues. This turns out to have a beneficial effect on productivity! David Halpern proposes two mechanisms for this effect. Firstly, the employees have to go and talk to their colleagues to find out what they would like, which engenders a more inclusive and cohesive environment. Secondly, spending money on others has a positive, affective response in people.

We have talked in prior blogs about the importance of feedback. The podcast identifies a wonderful parallel between a good marriage and a healthy work environment which concerns feedback. A significant predictor of marriage survival is the ratio of positive to negative comments. The golden ratio is estimated to be 5:1. It turns out the same ratio exists in the workplace! If you want an effective, high performing group then try to achieve this ratio. If you have a poorer or perhaps even inverse ratio, there is a greater probability of spiralling negativity and non-cooperation.

From the perfect ratio to actual ratios; 52% of feedback improves performance, 33% has a negative effect on performance and 15% has no impact whatsoever. Further, the most effective type of feedback is descriptive feedback… ‘I notice David you’re on time to every meeting’…. ‘I see Claire that you’re the helping the new employees to fit in’. The more you describe what you see, without evaluating it (i.e. brilliant, lazy, crazy, useless etc.), the greater the likelihood that someone will develop from this. The underlying mechanism here is argued to be awareness. The fact that someone (usually the manager) has noticed an event or pattern of events, tells me (the employee) something about what is important to them. Further the fact that descriptive feedback is non-judgemental, provides safe understanding for what is right, without fear of reprisal.

A topic not considered in the podcast but particularly relevant to employee health is delay discounting. This is the rapid decline in reward value with respect to time. But why is this important in the workplace? The field of behavioural economics has consistently outlined humans as irrational consumers. That is, their decision making is non-rational. This may have a residual effect on an employee’s decision about financial wellbeing, possibly valuing short-term reward (spending excessively on holidays) over greater long-term benefits (financial security, pensions etc.). It is thus important to help employees understand the importance of long-term investment. This does have cascading benefits of trust, engagement and a culture of security.

So what level of difference are we talking about between companies that embrace behavioral science and exploit it for their workforce and the companies that ignore it? Is the difference negligible, or is it significant? David Halpern argues that the estimated effect size is between 5-10% between. He further argues that even this size makes an enormous difference, allowing the companies which are utilizing behavioral science to increase the gap between themselves and their competitors. They finally highlight the importance of being somewhat ‘digital’ in your organization. This allows for low-cost experimentation to occur in the workplace, so that even small, marginal increases in productivity or performance become valuable.

If you enjoyed reading this blog or just wanted to learn more about different areas in the HR sphere, feel free to read our others. If you’re interested in what PeopleGoal is and how we can help you read our reviews and FAQ’s; you can even try our platform in a free 14-day trial!